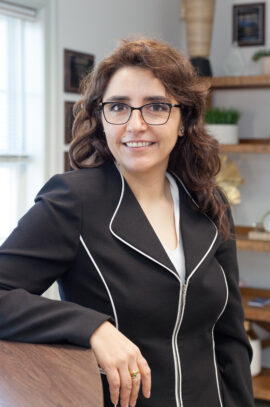 Before her legal career in the United States, Ms. Uribe gained experience as a practicing attorney in Bolivia. She began her career as an attorney for Ferroviaria Oriental S.A. as in-house counsel for a nationwide railroad company. There, she was responsible for handling claims of railroad accidents and injuries, negotiating and enforcing contracts with contractors and subcontractors from the United States, Europe, and Asia. She also represented Ferroviaria Oriental in Congress at the Judicial Committee reforming the Bolivian Railroad Law of 1910, as well as the Chamber of Commerce of Bolivia.

Before coming to Trollinger Law, Ms. Uribe had worked as a Court Appointed Special Advocate in Maryland for children who were placed in court custody. She coordinated with social workers, psychologists, and investigators for the best interest of those children. She also worked as an intern for Catholic Charities for people seeking asylum and residence in the United States.

Ms. Uribe is fluent in Spanish and English, and understands Italian and Portuguese. She is a member of the Maryland Association for Justice and American Association for Justice. She lives in Charles County with her husband, two daughters, and chocolate lab, Percy. She moved from Bolivia to the United States in 2009 and has loved Maryland ever since.

What You Need to Prove in a Slip and Fall Case

If you are injured in a slip and fall accident on someone else’s property, you may be able to obtain compensation for your medical expenses and other losses. However, the success of your case will hinge on whether you can…