Attorney Matt Trollinger has hundreds of success stories in his personal injury and workers’ compensation injury cases, but here are just a few recent results that speak for themselves.*

Verdict of Over $25,000.00 for Woman in Prince George’s County, Maryland Injured by Shattered Mirror

The client was taking her mother to run some errands in Prince George’s County in a rented U-Haul vehicle. A dump truck failed to operate by the Maryland Rules of the Road and crossed over to the client’s side of the road, clipping her mirror. The mirror shattered, causing scrapes and scars on her arm and chest. She received physical therapy for an injury to her shoulder and made an excellent recovery. The dump truck company hired a defense firm out of Baltimore to defend the case rather than resolve it fairly with the injured driver. Indeed, the defense attorney even alleged at trial that the dump truck driver wasn’t at fault! In a pivotal moment at trial during Matt Trollinger’s cross examination, the dump truck driver admitted that he crossed over the side of the road and there was nothing the injured driver could have done to prevent it. The judge awarded over $25,000.00 in damages to our client.

Our client was driving on Route 495 on his way to work when he was rear ended by a distracted driver. This negligence caused the client to miss time from work, attend physical therapy and chiropractic sessions, and suffer pain in his neck, back and shoulders. The at-fault party never disputed that it was their fault, but the insurance company attempted to strangle the plaintiff with endless paperwork and legalese. Matt Trollinger took the case and simplified the process, allowing the client to focus on one thing: getting healthy. Matt negotiated a settlement of over $20,000.00 for this Charles County resident without allowing the insurance company to get off the hook.

Our client was injured in a rear end collision in Frederick when a distracted driver rear ended him. The insurance company lowballed the client and he sought legal representation to fight for his rights. Matt Trollinger more than doubled the original offer on the client’s case by fighting GEICO at trial.

A worker in Charles County received permanent monetary and medical benefits for his injuries at the Maryland Workers’ Compensation Commission. The insurance companies fought to limit their exposure and sought to take those benefits from the injured worker by appealing to a Charles County jury. Matt Trollinger successfully fought to uphold the Commission’s verdict for this worker. At trial, Matt and another attorney asked the jury to remember the purpose of the Maryland Workers’ Compensation system: to protect the injured worker. After two days of trial, it did.

A worker injured while in the course of her employment over a period of years was diagnosed with carpal tunnel syndrome. She required surgery and sought reimbursement of medical bills and lost wages from the Maryland Workers’ Compensation Commission. The Commission denied her benefits and her claim entirely saying it was not an occupational disease. Matt Trollinger continued to fight for his client and appealed the decision of the Commission. In St. Mary’s Circuit Court, a jury reversed the Commission and found in favor of the injured worker — reinstating all of her back pay and medical benefits, allowing for her to get an award of compensation for her injuries as well.

A St. Mary’s County, Maryland, police officer traumatically injured in on the job had his claims challenged by the County, its insurance claims adjuster, and its attorney. The Maryland Workers’ Compensation Commission approved of all Temporary Total Disability (lost wages) and medical benefits. The defense attorney appealed the Commission’s Order and Matt Trollinger’s litigation efforts on appeal resulted in a confidential settlement with the County, which included an undisclosed amount of additional money for permanent injury to the police officer. 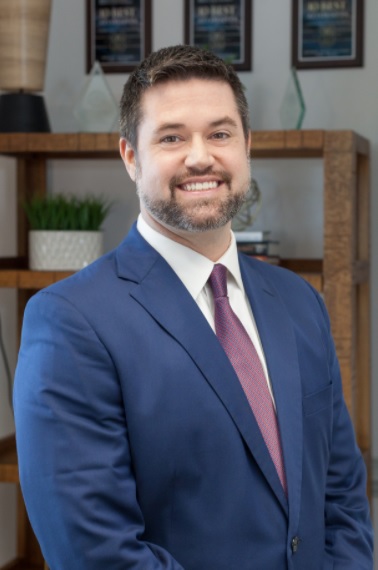 Life as a Personal Injury Attorney

Attorney Matt Trollinger of Trollinger Law LLC recently discussed his life as a personal injury lawyer with a group of high school students at Southern Maryland Christian Academy. The discussion was part of the school’s effort to inform students about…